In Praise of a Master Storyteller 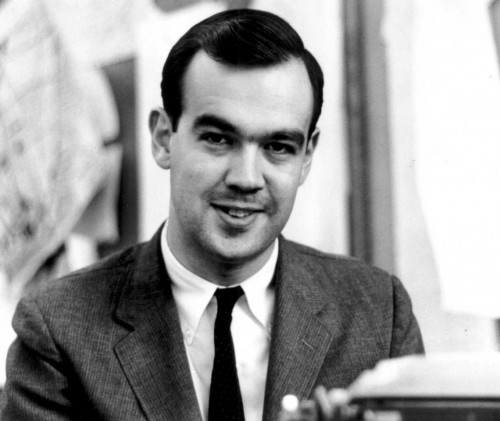 As a freelance writer whose work often involves telling stories about people, I think about Charles Kuralt a lot. For those who don’t remember him, Kuralt was a correspondent for CBS. He traveled the country’s back roads with a small crew in a motor home talking to people: a sharecropper who sent nine children to college, a man who collected twine, a fellow who stood on a corner waving to passing motorists. He never condescended, he never patronized, he was never snarky. He never tried to tug at our heartstrings with cheap melodrama.

What Kuralt did do was find the extraordinary in the ordinary. And he made us see it too, through his interest in the people he talked to and the stories they told. He marveled at humanity and exalted it. You knew he felt enriched by the opportunity to meet these people and he made you feel enriched by the experience. Much of this had to do with the absolute elegance of his writing. It was a marvel.

Like Kuralt, I have always felt enriched by the opportunity I’ve had to talk with interesting people, to hear their stories, and to tell them mine. Sharing a bit of my own story always seems to create a level of trust. It’s the power of empathy. The people I interview sense my genuine interest in them, and they know they are something more to me than a story I’m writing.

I think of people like Dr. Elzie McCord, who I wrote about for the Dattoli Cancer Foundation’s magazine Journey. Elzie grew up picking cotton, harvesting tobacco, and pulling corn in Georgia as a boy. Insects were a part of life in the fields and as a boy Elzie developed an interest in them. He went on to earn a doctorate in the field of entomology, work at DuPont and teach at New College of Florida and the University of Florida, devoting his life to working on how to contain the damage they do in an environmentally friendly way.

When he developed prostate cancer, his research led him to the Dattoli Cancer Center where he underwent treatment that led to his being cancer free. But having met that challenge, Elzie was faced with another, one he described to me as far more difficult than his own - caring for his wife of 43 years in her battle with Alzheimer’s. The irony of his predicament is obvious but just as with his cancer he’s busy doing research, learning all he can, and handling himself with a good grace that’s humbling.

Then there are Florida Hospital Zephyrhills nurses Carri Randall and Michael Paladin. They’re part of the largest nonprofit hospital chain in the United States, the Adventist Health System. But they don’t see themselves as part of a large organization in which their individuality was lost. Just the opposite. They both speak eloquently about what they as individuals mean to their patients, the positive changes they bring to bear on the course of another’s life and their importance in the process of restoring someone to health.

Of course there are others: Nurse Rita Risalvato, who helped develop the protocols for Zephyrhills’ Heart Institute that would not only save thousands of lives in the community, but her own; Dr. Steve Lyons, Florida Hospital Carrollwood’s Assocaite Chief of Staff and Director of Orthopedics who helped fellow physician Dr. Gregory Wilkerson get back on his feet after a knee replacement at another hospital failed; and Bob, Ted and Tim Tudor, three brothers who lovingly looked after one another through their battles with prostate cancer.

These folks, and the hundreds of others I’ve interviewed and written about for various projects over the years may not have sent nine children to college on a sharecroppers income, save twine, or wave at passing motorists (and I may not write as elegantly as Kuralt, though I try). Their motives for telling their stories vary: some hope that by telling their story they will help others along their journey, others want to thank and praise their caregivers, and some want to make sense of what has happened to them and put it in a context that will allow them to come to terms with it.

Whatever their reason, they all share a common humanity and spirit that affirms life. Like Charles Kuralt, telling their stories has become my life’s purpose.